In this post, we're covering combinations. When the charms are thrown onto the casting surface, they land in many different patterns. Charms that land together as if in a group reflect situations that are connected or occurring together. Here are some combinations I've seen in my readings.

I use the Question Mark charm to show the seeker’s main question or concern. In the charmcasting below, the Question Mark appeared near Scissors (elimination) and Caution (decision making) to reveal my concern about whether to eliminate some of my work projects. 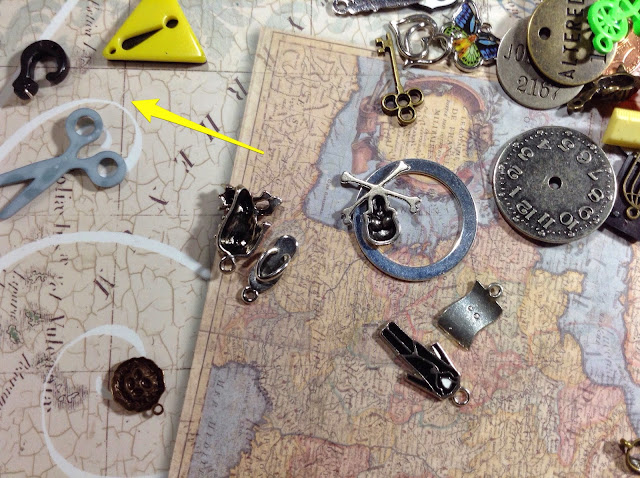 Notice the Fork on the Monkey's stomach in the charmcasting below. That week I had terrible digestive upset and needed to go back to using digestive enzymes. 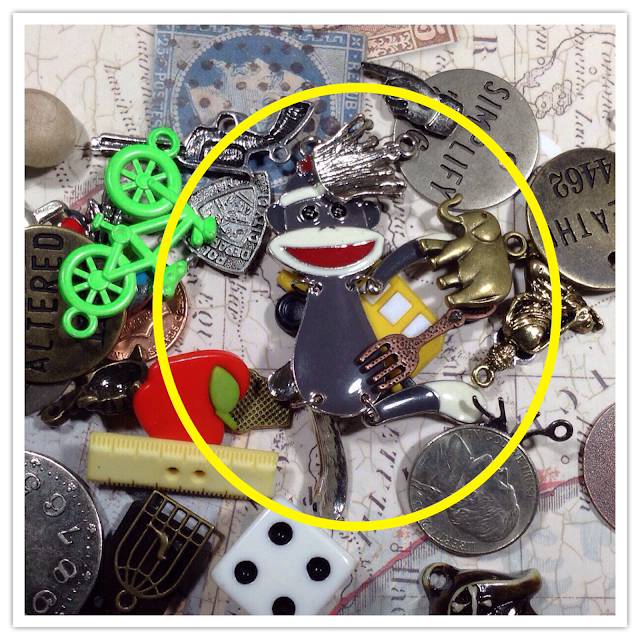 I found a pack of circular word charms that have really come in handy. These are often giving advice and asking you to pay attention to something important. SIMPLIFY means to keep things simple. It’s usually an admonishment to watch spending and to start saving more money. When I did this charmcasting, I was on a reckless spending spree. The Penny, which symbolizes finances, landed on SIMPLIFY. The Key on top says the solution is to Simplify My Finances or be thrifty. 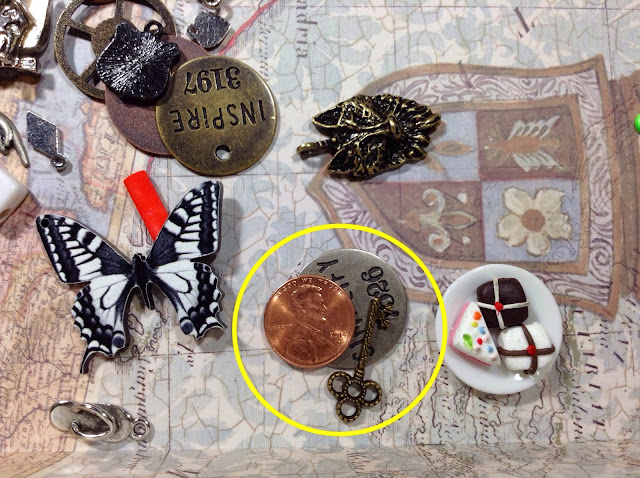 I've noticed the Cross and Angel combination  in many charmcastings and have come to see it as a prayer answered. The Bus represents a group. But with Gun underneath it, this group is most likely causing frustration and may need to be eliminated (Scissors). 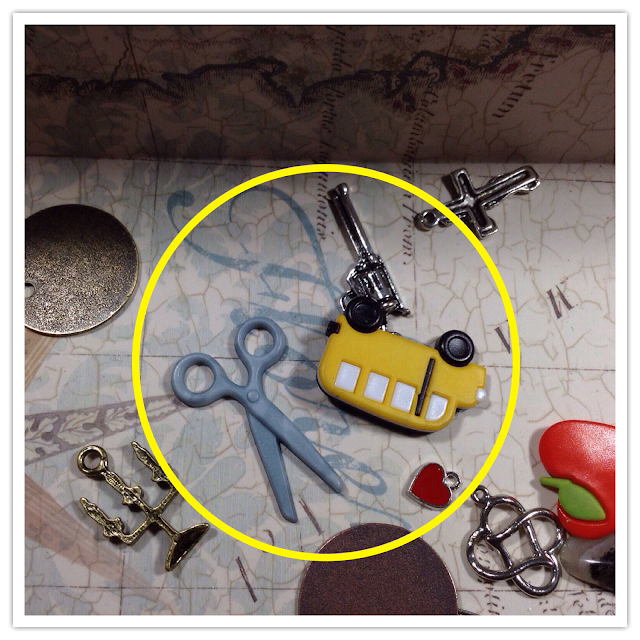 I use two charms to represent a male and female. These are used to shed light on important people in the seeker’s life and their influence. In my personal readings, the Man is usually my boyfriend. He lost his job in February and I’ve been amazed to see what’s been showing up around this charm through his difficult job situation.

In one of my first readings at the beginning of February, the Turtle landed on top of the Man. My boyfriend hadn’t lost his job yet but this foreshadowed an 8 of Swords experience. Then I noticed the Skull & Crossbones and the Compass around him, showing worries and fears about his career direction. And in April positive signs appeared like the Rainbow showing promise of a brighter future, and a Contract (reversed) laying next to him, which I hoped represented a potential job offer. 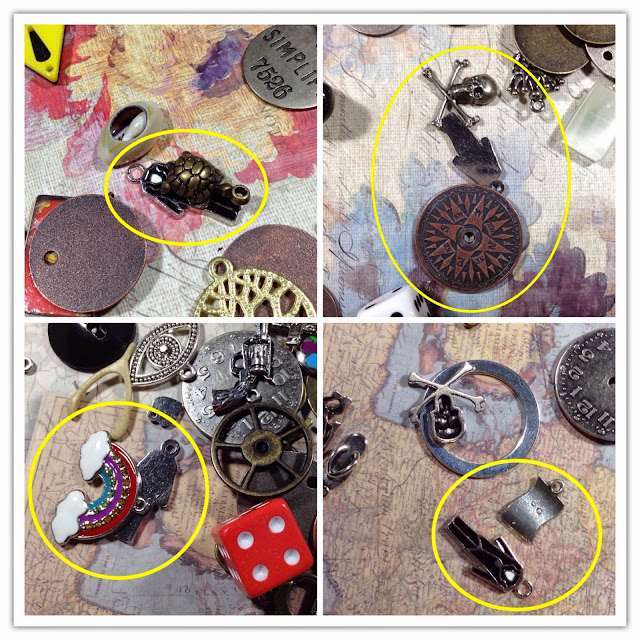 By the end of April, he was having promising interviews with an out of state company. At the beginning of May, they offered him a job but it took over a week to send his offer letter.

The day before it arrived, Contract landed reversed on JOURNEY. The reversal shows that the contract hadn't actually materialized yet. JOURNEY shows that the job requires a move. The day after he signed his offer letter, I threw a charmcasting with the Contract upright and at the Man's feet! He moved and started his new job the third week of May. 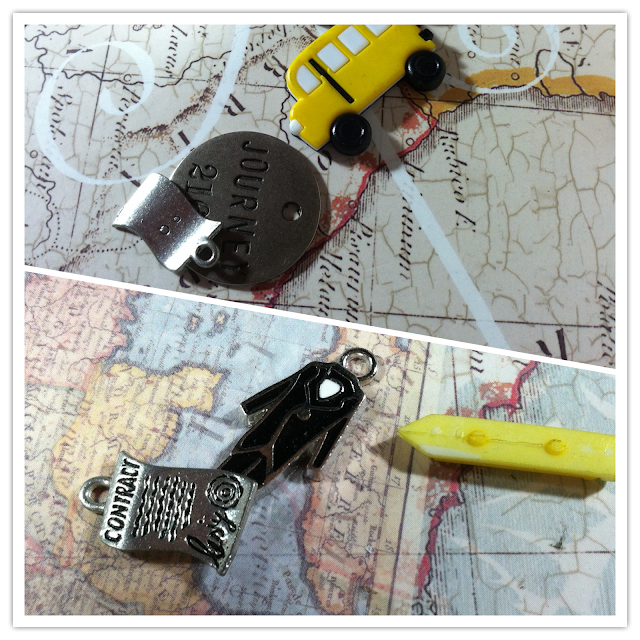 Happy charmcasting!
Shared by OTM Academy at 7:30 AM

Email ThisBlogThis!Share to TwitterShare to FacebookShare to Pinterest
Labels: charmcasting

Shop For My Decks 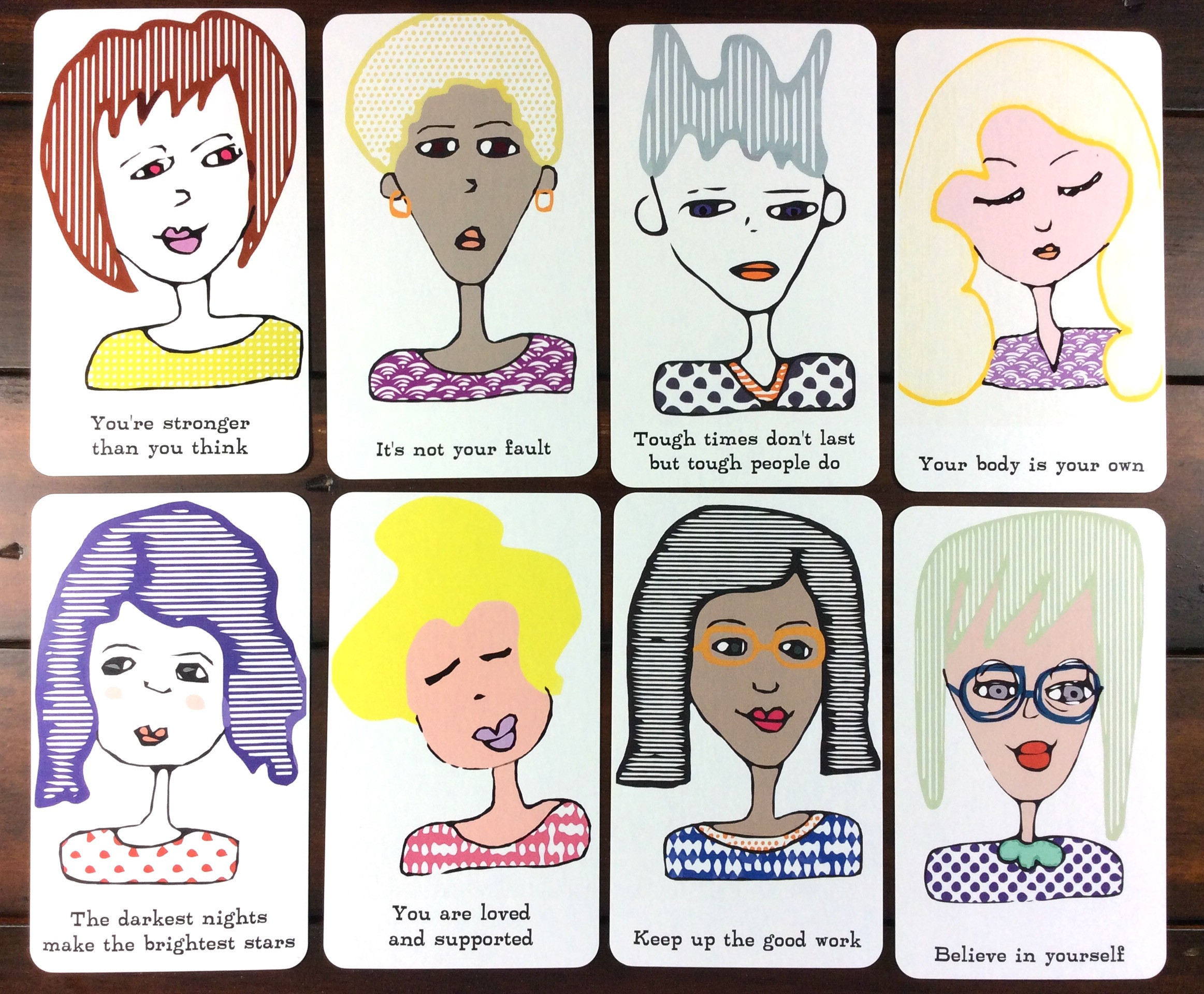 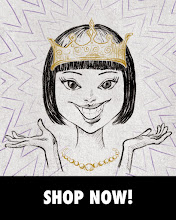 Take my course on Udemy!